A Brief History
of Dental Implants

We tend to think of dental implants as a modern marvel, and in their current form, they are. But what many people don’t realize is that the idea behind dental implants has been around for centuries. In fact, the very first dental implant is attributed to the Mayans and dates back to 600 AD. It only took us 1,400 years to develop a tooth replacement of a similar kind! Keep reading to explore the history of dental implants from your Randolph, NJ dentist.

Where It All Began 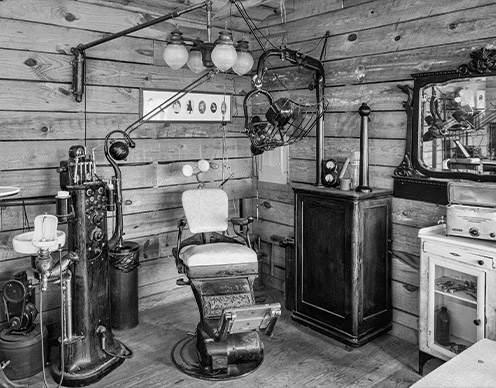 The most notable implant discovery came in 1931, when an archaeologist in Honduras found the mandible of a Mayan woman thought to be in her twenties. The mandible contained three tooth-shaped seashells inserted into the sockets that once held teeth. At first, scientists believed the shells were inserted postmortem, but in 1970, a curious dental academic discovered that bone had grown around the seashells, meaning they served as tooth replacements while the woman was alive.

Dental implants weren’t exclusive to South and Central America, though. Ancient Egyptian mummies have been unearthed with gold wires implanted in their jawbones. In the Middle East, skeletons have been found with ivory implants. Most recently, anthropologists discovered an iron implant in the jawbone of a Roman soldier.

The father of the modern dental implant, Swedish orthopedic surgeon Per-Ingvar Brånemark, made his implant discovery in the mid 1960’s. While researching bone healing, he discovered that bone tissue would fuse to the metal titanium in a process called osseointegration. Over the next several years, he performed experiments and published studies, eventually commercializing implants in 1978. Today, millions of implants have been placed under his name, and even more implant companies have used his patent.

It’s hard to believe that implants in their modern form have only been around for just over 40 years. But with thousands of years in the making, it’s no wonder they have maintained a 95-98% success rate, making them popular with dentists and patients alike.